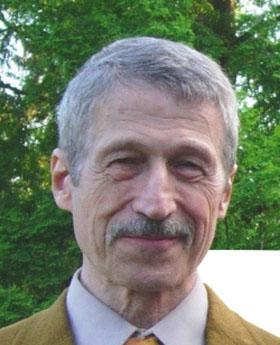 Deriving macroscopic behavior from the neurons

Hippocampus:  The dentate gyrus reinterpreted as a creator of new cell assemblies in CA3  The dentate gyrus contains a number of cell types radically different from most other cells in the brain.  These include the granule cells, whose terminals on CA3 pyramids and mossy cells are not NMDA receptor dependent, and are so powerful that a single mossy terminal can fire its postsynaptic cell.  In this project several of the unusual features of the dentate network are being re-interpreted as serving the special set of criteria necessary in cell assembly formation, in which sets of granule cells single out sets of CA3 cells to be subsequently linked up and assigned to mental entities.

Long-term memory:  Molecular mechanisms supporting memory storage and recall The traditional view which describes memory as the pattern of synaptic weights and nothing else fails to account for the fact that the typical cortical synapse only survives for about three months.  In addition, when one carefully calculates the amount of information that can be reliably stored in a network of neurons held together by nothing other than synaptic weights, one finds that it is many orders of magnitude smaller than required by the vast capacity of actual brains.  This brings up the need for molecular mechanisms to act in tandem with synaptic memory, so as to permit placing large sets of synapses into storage, as units, and retrieve them later on demand.  As it turns out, the memory-supporting molecules, unlike the ones envisioned in the old “memory molecule papers” from fifty years ago, do not need to be large, as they only need to have enough information capacity to act as unique identifiers able to point to the individual stored mental entities.

Visual cortex:  Shape perception The old cell assembly hypothesis of Hebb can be updated to account for syntactic relations between igniting cell groups.  Co-ignitions between pairs and triplets of cell assemblies can form rudimentary “sentences” which can be joined on their shared “noun” elements (such as nodes), and together form linked structures of arbitrary complexity.  Such structures are suitable for conveying visual shape information within the brain.

Legéndy C. R.  Circuits in the Brain:  A model of shape processing in the primary visual cortex.  (Springer, 2009).

Early papers (on helicons)
Back to Top